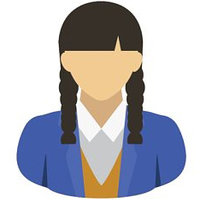 Every day news headlines bombard us with shocking and traumatic stories of suffering, violence and political scandal. This constant bombardment not only affects those directly impacted by the events, but also those who consume mainstream media. It should come as no surprise then that the World Health Organization estimates over 300 million people suffer from depression worldwide.

Even trying to find positive news stories online is discouraging because the uplifting news stories are usually overshadowed by depressing news.

With ongoing wars, the mass extinction of species, epidemics and so on, it’s hard to imagine that anything positive could be instore for our planet’s future.

But could it be that our future is not as bleak as it seems? Almost two years ago, the journal Science Advances published a study that showed a sixth mass extinction is underway due to human-generated factors. Yet, in the face of these odds, we can see progress in efforts to reverse some of the damage caused by us.

For example, once at the brink of extinction, with less than 30 nesting pairs left in California by the mid-1960s, America’s iconic bald eagles are reportedly making a comeback across the USA, with 371 recorded breeding nests in California this past spring.

The bald eagle is just one example of wildlife making a comeback from the brink of extinction after decades of conservation efforts. Indeed, conservation efforts to restore populations of species close to extinction have not been limited to the US. In June, the Prague Zoo re-introduced 27 Przewalski’s horses into the wild along Mongolia’s desert steppes bordering China after being extirpated from their homeland in the 1960s.

When people work together for a noble cause, anything is possible. The people of India have proved this for two years in a row by breaking the world record for the number of trees planted within 24 hours. In July of this year, 1.5 million people gathered in Madhya Pradesh to plant an astonishing 66 million trees in just 12 hours, beating last year’s record of 49.3 million trees.

Take the people of Iraq as another example. Even after years of war, people in Iraq remain resilient. An ice-cream shop in Baghdad’s southern Karrada neighborhood that was bombed during Ramadan this year has reopened as the residents refuse to live in fear. The owner of Al-Fawma ice-cream shop, Montsr Almashhadany said, “What happened was an explosion, followed by destruction everywhere. The shop was damaged, and a lot of people got hurt. Despite that, we didn’t give up. On the next day, we started cleaning the place, organizing and rebuilding the place. If we hadn’t done that, we would be helping terrorists achieve their goal.”

Not only that, but some of the most rewarding efforts to spread positivity have come from people giving to causes they truly believe will help other human beings. Some celebrities have led the way, including the world-famous singer Shakira, who has built six schools in her home country of Colombia and is working on a seventh. These schools are meant to benefit the most vulnerable populations of children through education and physical activity.

The power of these acts is helping to spread joy, compassion and hope in our world. One Native American legend tells how the White Buffalo Calf Woman will return one day to restore harmony, balance and peace. Could it be that we may finally be experiencing a reversal in the negative circumstances and events plaguing our world? 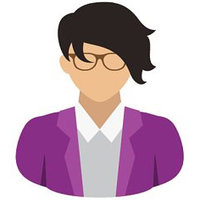 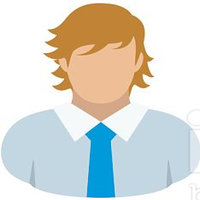