Leaving a Legacy of Hope 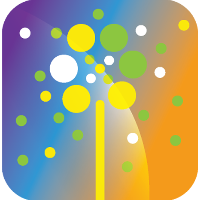 Every day news headlines bombard us with shocking and traumatic stories of suffering, violence and political scandal. It takes a toll, not only on the victims, but also those of us who consume the mainstream media and its narratives. Even trying to find positive news stories online is discouraging because the uplifting news stories are usually overshadowed by depressing news. It should come as no surprise, therefore, that the World Health Organization estimated that more than 264 million people suffer from depression worldwide in 2020.

In 2015 the journal Science Advances published a study that showed a sixth mass extinction is underway due to human-generated factors. Yet, in the face of these odds, we can see progress in efforts to reverse some of the damage caused by us. With ongoing wars, the mass extinction of species, epidemics and so on, it’s hard to imagine that anything positive could be instore for our planet’s future.

But could it be that our future is not as bleak as it seems?

America’s iconic bald eagles are making a comeback across the USA. Once at the brink of extinction, with less than 30 nesting pairs left in California by the mid-1960s, there were 371 breeding nests recorded in California in 2017.

Indeed, conservation efforts to restore populations of species close to extinction have not been limited to America. The Prague Zoo, for example, has re-introduced 27 Przewalski’s horses into the wild along Mongolia’s desert steppes along the border with China. These wild horses had been extirpated, or killed off, from their native habitat.

Could it be that we may be experiencing a reversal in the negative circumstances and events of our world? We could look toward the resilience of the people of Iraq as inspiration, who even after years of war, re-opened an ice cream shop after it was destroyed by a bombing because they refuse to live in fear.

Celebrities have also been positive role models for enacting positive change. For example, the Colombian singer Shakira, has built seven schools in some of the poorest areas of her country, helping vulnerable children grow up and be able to live fulfilling and impactful lives.

It was found that when children participated in compassionate acts, they experienced feelings of happiness, tenderness, and affection. They not only expressed positivity and benefited developmentally, but they were found to bully other children less often and establish positive relationships with their peers, according to a study from the Universities of British Columbia and California Riverside.

Let’s continue this legacy of giving hope and compassion to our world. Do not fear our future, but embrace it whole-heartedly. 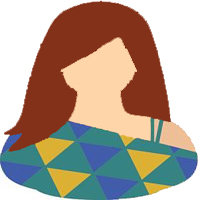